“…I have heard now and then (I am very glad to say that only a few such instances have come under my notice), a brother or a sister say, “I am a Latter-day Saint, but I do not believe in polygamy.” Oh, what an absurd expression! What an absurd idea! A person might as well say, “I am a follower of the Lord Jesus Christ, but I do not believe in him.” One is just as consistent as the other. Or a person might as well say, “I believe in Mormonism, and in the revelations given through Joseph Smith, but I am not a polygamist, and do not believe in polygamy,” What an absurdity! If one portion of the doctrines of the Church is true, the whole of them are true. If the doctrine of polygamy, as revealed to the Latter-day Saints, is not true, I would not give a fig for all your other revelations that came through Joseph Smith the Prophet; I would renounce the whole of them, because it is utterly impossible, according to the revelations that are contained in these books, to believe a part of them to be divine—from God—and part of them to be from the devil; that is foolishness in the extreme; it is an absurdity that exists because of the ignorance of some people. I have been astonished at it. I did hope there was more intelligence among the Latter-day Saints, and a greater understanding of principle than to suppose that anyone can be a member of this Church in good standing, and yet reject polygamy. The Lord has said, that those who reject this principle reject their salvation, they shall be damned, saith the Lord; those to whom I reveal this law and they do not receive it, shall be damned.

Now here comes in our consciences. We have either to renounce Mormonism, Joseph Smith, Book of Mormon, Book of Covenants, and the whole system of things as taught by the Latter-day Saints, and say that God has not raised up a Church, has not raised up a prophet, has not begun to restore all things as he promised, we are obliged to do this, or else to say, with all our hearts, “Yes, we are polygamists, we believe in the principle, and we are willing to practice it, because God has spoken from the heavens.”

Now I want to prophesy a little. It is not very often that I prophesy, though I was commanded to do so, when I was a boy. I want to prophesy that all men and women who oppose the revelation which God has given in relation to polygamy will find themselves in darkness; the Spirit of God will withdraw from them from the very moment of their opposition to that principle, until they will finally go down to hell and be damned, if they do not repent. That is just as true as it is that all the nations and kingdoms of the earth, when they hear this Gospel which God has restored in these last days, will be damned if they do not receive it; for the Lord has said so.” 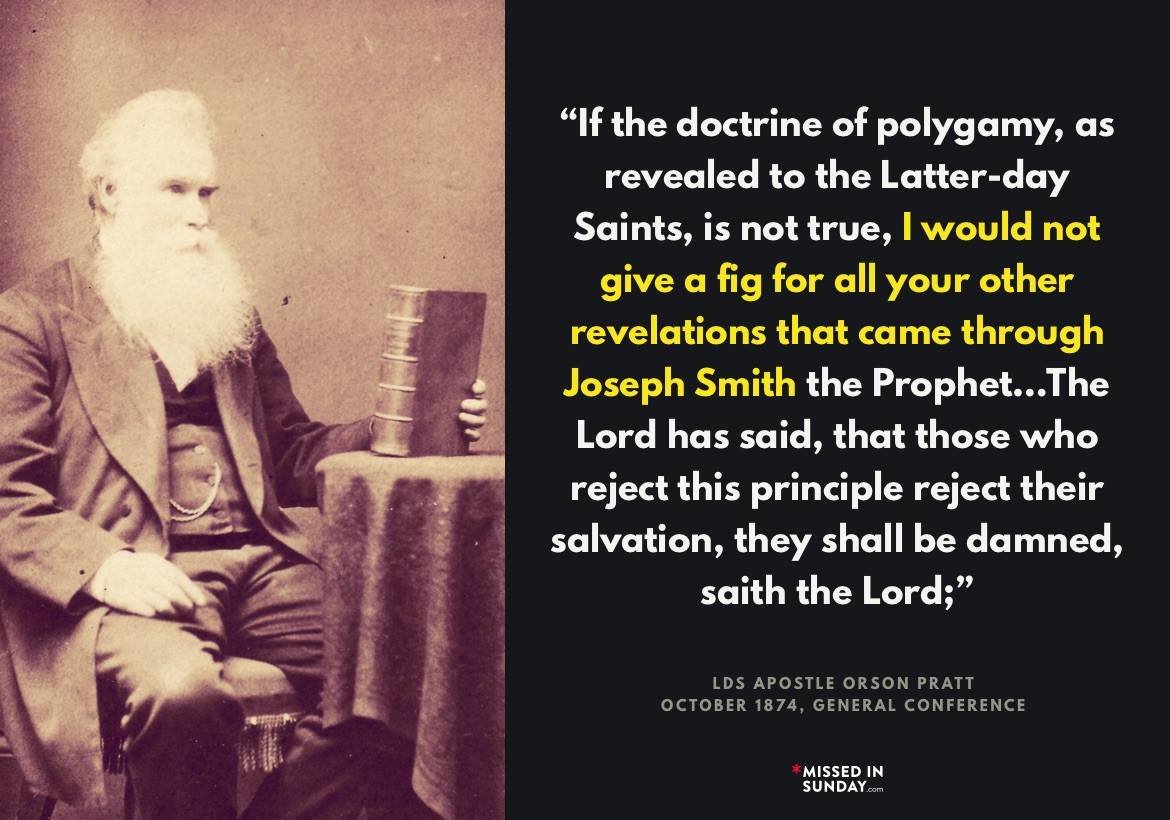